Older dogs may begin developing new behavioral issues for a number of reasons. Sometimes, these reasons are physical. Arthritis, incontinence, tooth decay, etc. can all cause your older dog pain or discomfort that could manifest itself as a behavioral issue. Especially in the case of older dogs, I always ask that owners see a vet first and make sure the aggression isn’t pain-related, the sudden lapse in housebreaking isn’t due to a weak bladder/UTI, and changes in eating habits (i.e. growling while eating, dragging bowl across the floor, etc.) isn’t actually a dental issue in disguise.

Once these possibilities have been ruled out, it’s quite possible your older dog has just developed new habits, and some of those habits aren’t ideal. I was able to help a client recently whose eight-year-old schnauzer suddenly decided he didn’t like being told to get off the couch. He’d also decided he didn’t like people messing with his food bowl, toys, or petting him while he was sleeping.

Quite honestly, petting him while sleeping was something that startled him, and when he was startled he snapped. I just recommended leaving him be while sleeping, as we can’t realistically expect his focus to stay in place when coming out of a deep slumber, and focus is key when attempting to change a behavioral pattern.

As for the possessive behaviors, we were able to eliminate them by implementing a regimen of basic obedience training, proper leash handling techniques, place training, and training the dog to focus on and respect his owners.

This is an older dog who was, in fact, able to learn a new behavioral pattern. The owners wanted to know why, after so many years, the behavior had changed in the first place, and this is always hardest to determine in older dogs. In this case, the owners had become a bit lax in their enforcement of the rules because as the dog grew older, he became more mellow. They figured he knew what he should and shouldn’t do by that point. However, he took it as an opportunity to establish his own boundaries, and we simply had to readjust those boundaries and reestablish the owners’ position of leadership within the household.

To learn how we can adjust your dog’s behavior, no matter their age or the behavioral problem in question, give me a call at 202.318.1380. 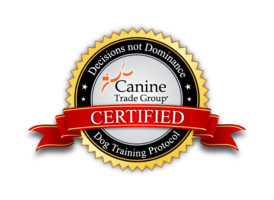